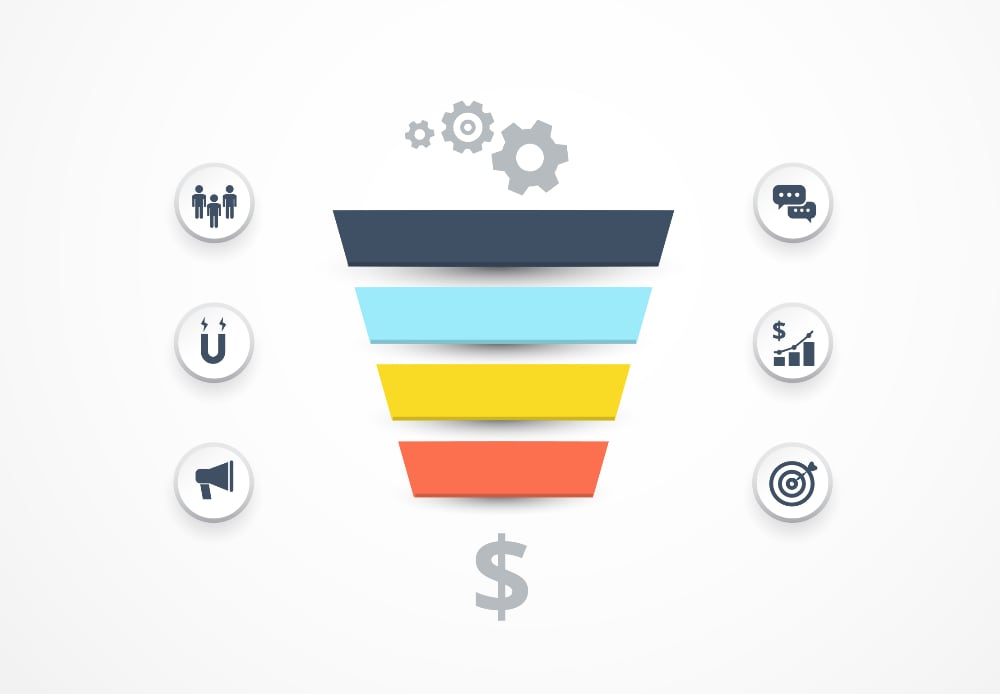 Sales pipelines and sales funnels, together with sales and marketing, is probably in the “Top 5 Most Interchangeable Terms Because They Kind of Mean the Same Thing”. It’s easy to see where the confusion stems from, as both describe the flow of a prospect in a sale. But what makes them different from each other?

What is a Sales Pipeline?

A sales pipeline is an established set of stages in your sales process that a prospect moves through in order to become a customer.

The Anatomy of a Sales Pipeline

Though it may vary from company to company, every sales pipeline should have these stages:

What is a Sales Funnel?

The main difference between pipelines and funnels is in what they monitor. Pipelines mainly monitor the number of deals in each stage, at any given time. This is useful to sales people as they can see if they can hit their predetermined quotas. Funnels on the other hand track the conversion rates for each stage in the pipeline. As an analytic tool, it becomes useful as you determine weak points in the pipeline – as in, where your deals usually fall through – and make corresponding adjustments in the future.

Whether you are using pipelines, funnels or both in your CRM, keeping your data accurate is key to creating meaningful reports and accurate analysis. Hey DAN combines technology and AI into a Voice-to-CRM solution that greatly reduces data input errors which results in accurate databases, all the time. Experience the difference by firing up your funnels and pipelines today.

The Efficiency/Profitability Equation
Scroll to top