When a company starts to grow, and acquire more leads than an Excel sheet can effectively handle, they start to turn to a more robust and efficient CRM Software. It’s always an exciting time, knowing that the company has progressed to the point of needing a Customer Relationship Management system. It can boost productivity, improve customer relations, and increase revenue, as well as track external, and internal communications.

However, despite how shiny it seems, do not make the mistake of jumping in blindly. CRM at its early stages is known to have a lot of challenges, so be prepared and expect some friction during the first few months. Being ignorant on the matter may cost you and your company, heavily.

CRM User Adoption refers to the widespread use and integration of the software into the user’s workflows. Because the users are actually utilizing it, it makes your CRM fully operational, and capable of delivering results. Unfortunately, the lack of it is a recurring issue across multiple industries, and for many reasons. It’s hard to make people use something that’s new and unfamiliar. Communication, people problems, and data entry are just a few of the main culprits.

To go even further in-depth, here are some of the most common CRM mistakes that often occur during the early stages of its use, which become barriers for a successful adoption:

One of the biggest mishaps is to not talk about your plans of using a CRM to your employees nor your team members. CRM is not something that you alone will be using, everyone else will be as well, so it’s important that their input be considered. One of the first things to do when considering a CRM, that can save the company a lot of trouble later on, is to have open communication with the intended users. Including them in the decision-making processes will give them a sense of commitment because they themselves are actively involved in implementing it.

Talk about why the company currently needs a CRM, the benefits of having one, and sincerely ask for their cooperation. It would also be helpful to ask your future users what problems they have, and what functionalities they would need, to improve their workflows. It would be best not to assume these things. They will be the ones using the software after all. This way, the goal, and the execution, are clear to everyone. 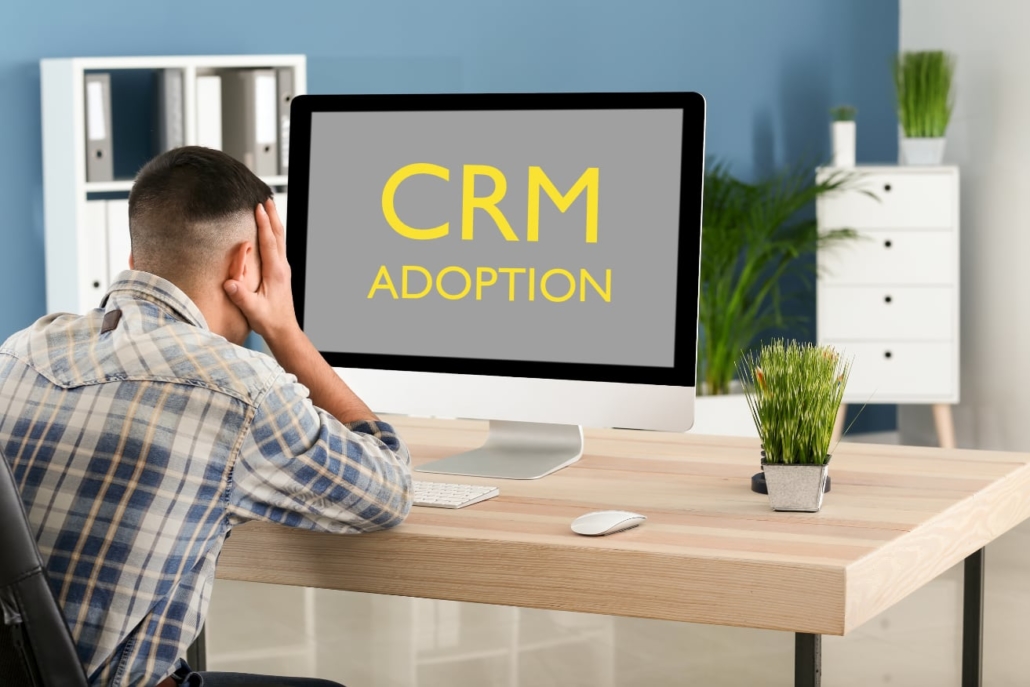 Not knowing enough about the CRM

It can be very easy to blind ourselves to the superb marketing of most leading CRMs. What’s actually important is choosing a CRM that meets your company’s specific needs. A report by Butler Group indicates that 50% of paid CRM functionalities are not actually being used, which means that money is being wasted. Whereas there’s nothing wrong with choosing renowned CRMs such as Salesforce or Microsoft Dynamics, just make sure that it has the features and capabilities that you are looking for.

Before choosing a CRM to subscribe to, do thorough research on what it’s all about, its functions, interface, usability, available integrations, and more. Discuss it with your team as well. Don’t make the mistake of choosing the wrong CRM for your company. It doesn’t have to be the most popular, nor the most expensive CRM, but one that addresses and fills in your company’s gaps.

Not Prioritizing Ease of Use

Speaking of functionalities, they are frankly quite useless if they’re too complicated to use in the first place. Ease of use should be a priority. According to CSO insights, 73% of users would rather have a CRM that’s easy to use, over having many other functionalities. This doesn’t mean that features are not important, they just need to be user-friendly. During the early stages of adoption, users are basically strangers to this new software, and if the CRM is difficult to use, it will only make things worse.

When choosing a CRM, or customizing its capabilities, keep in mind its usability. Don’t make it hard for your users to adopt the system, by over complicating things. As much as possible, keep it simple, basic, and easy to use.

Failure to integrate existing Software into the CRM

Before CRM came into the picture, it’s only natural that your company had already been using other programs and applications. Productivity apps like Trello, Slack, or WPS, email services like Gmail and Outlook, as well as social media apps like Whatsapp and Instagram, are examples of existing software that your team probably uses. Not integrating these important applications into your CRM will result in them having to go back and forth multiple apps, wasting time and effort. This hassle will affect the company’s CRM adoption rates.

Ask your team what software they often use for work, and integrate those. That way, they are able to use these apps within the CRM itself. As an added bonus, it becomes easier to capture the data present in these third-party apps and input them into the CRM, making it more efficient.

In the rush of several meetings, calls, and other tasks that the end-user might be concerned with, asking for too many unnecessary data inputs each time, will surely discourage them from using CRM. Instead of making them feel like it’s another glorified admin system that tracks their every move, lighten their load by making the required data entries basic and relevant. At the initial meeting with a client, all you really need is their basic info such as the company they’re from, name, and contact information. Everything else can be added later. Most of the time, there’s no real need to rush and make hundreds of customized data fields the first time, especially since you’re not even sure if that data will be needed.

Furthermore, one of the things that users hate doing the most, is manual data entry. Typing in, and filling up data fields day after day is no fun, and it keeps them from doing more productive things like selling or doing their actual job. It would be wise to automate data entry. One of the best ways to do this is by using a Voice to CRM service. It removes manual typing from the equation through the use of voice recognition technology. The user will simply speak in the data, and the system will enter it into the right fields. It’s perfect for busy salespeople and other CRM users.

Overall, These are just some of the common mistakes that new CRM projects suffer from. Many CRM projects fail, but those that strive to have solid CRM strategies, while avoiding other companies’ past mistakes, can successfully achieve 100% CRM user adoption.

How to efficiently manage sales follow-ups